England Women: Jordan Nobbs delighted to be returning to Sunderland for World Cup qualifier against Austria

Jordan Nobbs has spoken of her delight at being back in the England fold as she prepares to return “home” when the team play Austria in Sunderland this weekend.

The Arsenal midfielder, who started this term recovering from an ankle injury sustained in pre-season, is in the Lionesses squad for the first time under Sarina Wiegman ahead of the World Cup qualifiers against the Austrians at the Stadium of Light on Saturday and Latvia in Doncaster three days later.

Nobbs missed out on playing at the 2019 World Cup after suffering an anterior cruciate ligament rupture.

She subsequently featured for England in matches later that year and at the 2020 SheBelieves Cup and then earlier this year under interim boss Hege Riise before being left out of the Norwegian’s Great Britain squad for the Tokyo Olympics.

The 28-year-old – holder of more than 60 caps, the first of which came in 2013 – told a press conference regarding her recall: “It’s amazing, it kind of felt like my first call-up again.

“Obviously I’ve had a rough few years. Always to wear the England badge and to be back in the squad with the girls and a new manager, it’s an exciting time. You never take these times for granted.

“You want everything to go well in the football world, but it happens, injuries happen, selection things happen, and you just have to stay mentally strong. So that’s what I’ve done every time.

“I still watched everything (in tournaments she missed). It was tough watching, but I want to stay as much involved and knowing what’s going on with the squad.”

Stockton-on-Tees-born Nobbs joined Arsenal in 2010 from Sunderland, where she had come through the youth system.

And when asked about Saturday’s match, she said: “It’s obviously nice to be back with England, but it’s great timing, to go to Sunderland and have the family and friends there. 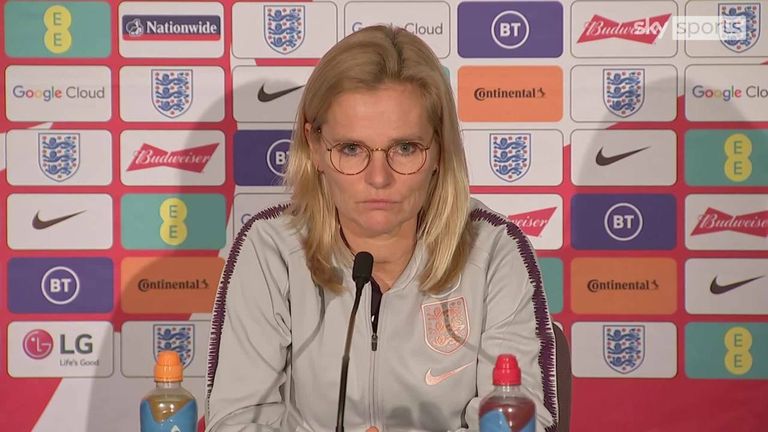 “It’ll be nice to see them, and that was one of the very first stadiums I ever played at – at half-time in a men’s game when I was seven – so it’s a nice moment.

“It (the stadium) is home really, ever since I was a kid. I used to play in little tournaments just outside of it. I’ve got a book at home where I’ve kept a bit of the grass from my boot when I was seven.

“Sunderland was a part of my football journey and it’s always nice to go home and kind of reminisce on that.

“I guess then I was just a little girl who was passionate about football and now… the dream kind of comes true. I’ve got to play for my national team, I’m playing at a top club, for Arsenal.

“You learn a lot through the journey. I guess I’m very proud of myself to have achieved what I have and I’m very glad that I went to Sunderland so young and just started off that journey there.”

She added: “My dad will be coming to both the games. He’s crazy (about) football and a massive influence on my career. I can’t wait for him to be there.”

Nobbs is one of four players in this England squad, along with Beth Mead, Jill Scott and Demi Stokes, who used to play for Sunderland – currently a Women’s Championship outfit.

“There’s a lot of us that have come from Sunderland, which is obviously great,” Nobbs said.

“But they’re in a different place now maybe, Sunderland at the moment. So I think it’s just hopefully we can kind of encourage what good came from Sunderland and try to encourage that a little bit more from the club.”

England go into this World Cup qualifying double-header having won four out of four in Group D so far, beating North Macedonia, Luxembourg, Northern Ireland and Latvia 8-0, 10-0, 4-0 and 10-0 respectively in their first four outings under Wiegman. 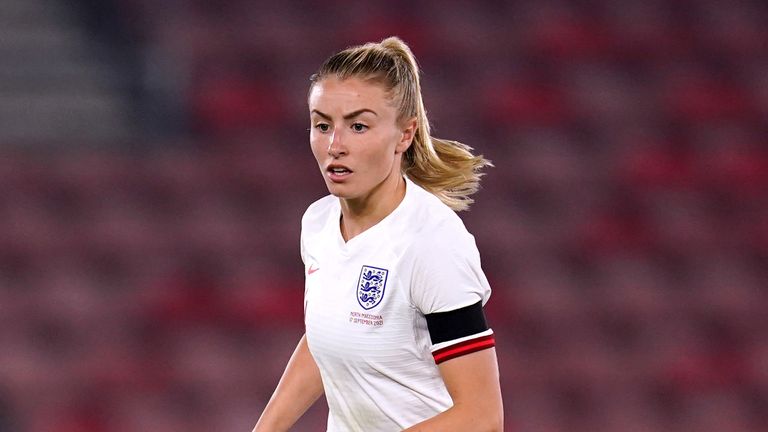 Bright becomes the second captain during Wiegman’s short spell in charge of the Lionesses so far, as Houghton is yet to feature under the former Netherlands head coach.

Asked how it felt to know she would be taking the armband for the games, Bright said at a press conference on Tuesday: “It’s amazing.

“I think no matter what age you are, how many times you’ve done it before, it’s always going to be a huge honour representing your country, and not only that, but then leading the girls out for this camp is obviously an exciting opportunity.

“But, for me, nothing changes, the aims are still the same – keep performing well and hopefully lead the team to two more victories.”